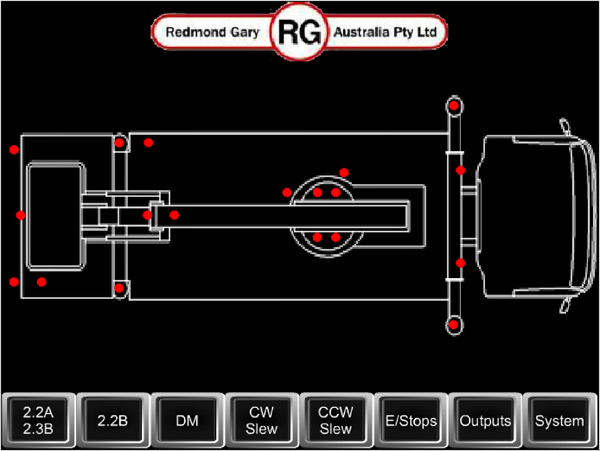 Redmond Gary Australia’s EWPs are built and certified to Interim Standard AS1418.10-2010 which brings the machines in line with European standard EN280. For copy of the Safety Validation Certificate, click here.

In February, 2009, Redmond Gary started a design review of its complete range of EWPs which included TF13M, TF14M, TF16M and TF17M to compare all engineering design calculations from the original standard to the current draft of AS1418.10. This entailed complete design evaluation of the EWP and review of all calculations for boom strength, stability and hydraulic and electrical systems. The design review took 6 months and when completed, gave us the ability to confirm that all machine designs meet the rigorous requirement of Australian and European standards as set out in the 2010 Draft of AS1418. In addition to proving the design calculations and the design itself were sound, we were also advised that Workplace Health and Safety would insist that the additional requirements of safety circuits both for hydraulic and electrical systems be incorporated into any new machines manufactured after June, 2010. Many hydraulic and electrical circuits were examined and evaluated before a suitable design was accepted and manufacture was commenced. Special valves had to be manufactured together with additional manifolds and integrated feedback systems for the hydraulics were developed. This work was completed by our own in-house engineering department in liaison with many of our regular suppliers as well as a few new ones to supply the necessary valving with electrical feedback elements. The initial elements were not good enough to comply with the rigorous requirements of elements of EN280. Special feedback mechanisms were designed by Redmond Gary and incorporated into the manufacture of the specific Swedish made valves to be fully compliant with the hydraulic circuit. In addition to specific changes to the hydraulic circuit, a complete new electrical circuit was developed which incorporated a safety relay system compliant to the highest European standards. All safety switches are double redundancy type and incorporate self-test function. The whole system including hydraulic and mechanical systems was inspected and certified by Pilz. To comply with the new requirements of the Draft standards it was a requirement to have third party accreditation. This accreditation had to be carried out by an organisation suitably experienced in safety systems and completely independent to Redmond Gary Australia and outside of our industry.

As these safety circuits and systems add another layer of complexity to the EWPs, it was decided that a simple system to diagnose faults and to reduce future maintenance issues would have to be developed. To solve this problem, Redmond Gary decided to incorporate a diagnostic screen built into the electrical cabinet of the EWPs into its manufacture. This is an optional device but so far has been taken up by all end users. The screen (measuring 6”diagonally across the screen) is built inside the electrical cabinet. The screen itself is a high definition colour touch screen and can display the functionality of all circuits within the safety system. This makes it extremely easy to fault-find the system and is a major advancement on Canbus systems that are seen in other equipment. In addition to the diagnostic function of the screen, it also stores the complete service manual including hydraulic and electric circuits. The screen has the ability to scroll through the pages of the manual and zoom in and out as required by maintenance personnel.

Although development of these systems has represented a major investment by Redmond Gary Australia, it will definitely enhance machine safety and performance. It is extremely easy to use and is self-checking when the machine is initially started up.

Operators will be trained as the new systems are commissioned. The first unit has already been inspected and is to be delivered to ETSA in South Australia. Additional training will be offered to all Authorities so that maintenance personnel have a thorough understanding of the complete system – electrical, hydraulic and mechanical.

The service, operation and spare parts manual has been reviewed as part of the design changes to comply with European and latest Australian Standards. Substantial improvements have been made to the manual making it one of the best in the industry.