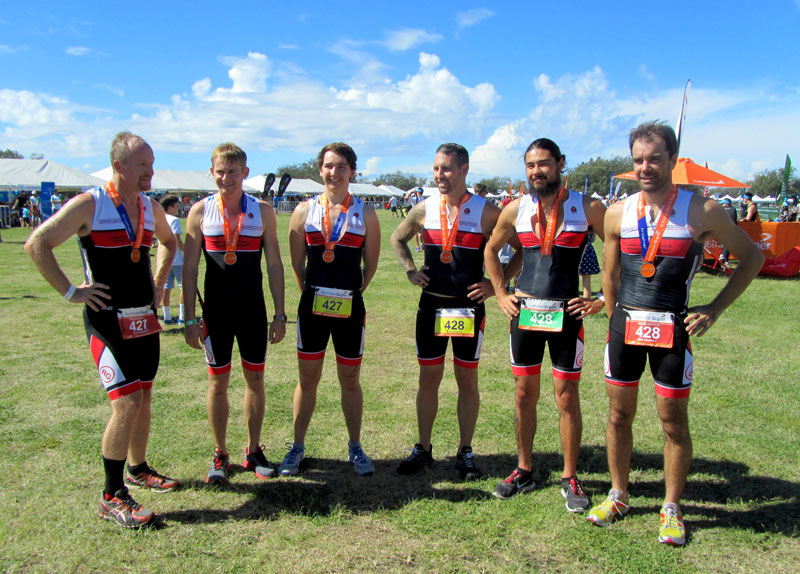 Redmond Gary had two teams of three compete in the Australian Super Corporate Triathlon at the Gold Coast Spit on Saturday, 2nd May. One team from RG Composites, consisting of Ryan Ristuccia, Calum Liew and Chris Moors, we well as a second team from Redmond Gary Australia Engineering made up of Iain Mitchelhill, Peter Danks and Michael Danks. The teams commenced training three month before the event and considering many of them had not been involved in triathlons before, performed extremely well with the RG composites team coming 26th out of a field of more than 400 and RG Engineering team, coming within the first 100. In addition, the RG Composites team came second out of all engineering teams competing on the day.

The teams were sponsored by Redmond Gary Australia and were provided with corporate gear. Other sponsors provided equipment. The sponsors for RG Composites was ATL and for RG Engineering, was Gold Coast Laser. In addition to the competitors, girlfriends, wives and other family members were present to cheer them on.