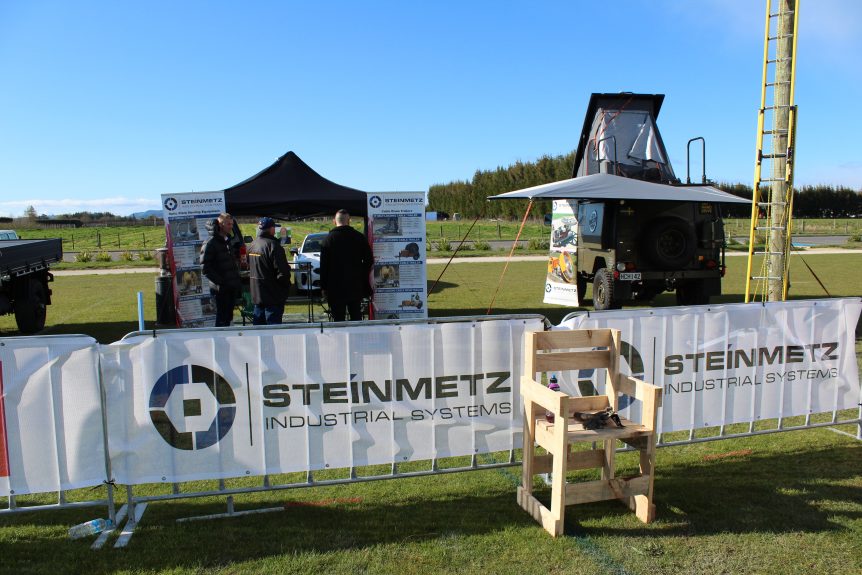 Steinmetz Industrial Systems is the distributor in New Zealand for Redmond Gary Australia.  They exhibited at the Connexis Annual Connection Line Mechanic and Cable Jointer Competition held in Hawkes Bay Regional Sports Park between 24 – 26 September.  Redmond Gary have been honored to be associated with this competition for the past 8 years.

On the first day prior to the competition starting, all teams from line mechanics and cable joiners, along with one team of exhibitors competed in the mystery event.  This was a bit of fun for everybody.  Each team competing were placed into two large groups, they then had to pull two fully equipped line trucks a set distance to go over the finish line.

Redmond Gary Australia sponsored Curry Power – Australia who were the only Australian team in the competing in the Line Mechanics competition.  As in past years, the New Zealand authorities were very helpful in providing equipment to Curry Power enabling them to compete along with their New Zealand brothers with some great prizes on offer with Team MainPower Rangiora winning this event.

Steinmetz Industrial Systems were represented by John Deihl, Workshop Manager and Darren Hoare, Customer Technical Support Officer from Redmond Gary Australia. The conditions were not very conducive with the wind blowing a gale and ice cold.

The line mechanics competed against each other based on time and quality of work. A wide range of activities including:

At the same time, a different group of eight different companies competed in the cable joiners competition.  The competitors were rated on work procedures and safety and the competition included the following:

These competitions showcase the skills, training and knowledge which line mechanics and cable jointers rely on every day to keep power flowing to homes and businesses.

After the three-day competition the competitors then let their hair down for the Excellence Awards Dinner where the industry comes together to celebrate the best and brightest trainees working in the Electricity Supply and Telecommunications industries.

The Annual Connection competition this year was a great success and we look forward to being part of it next year. 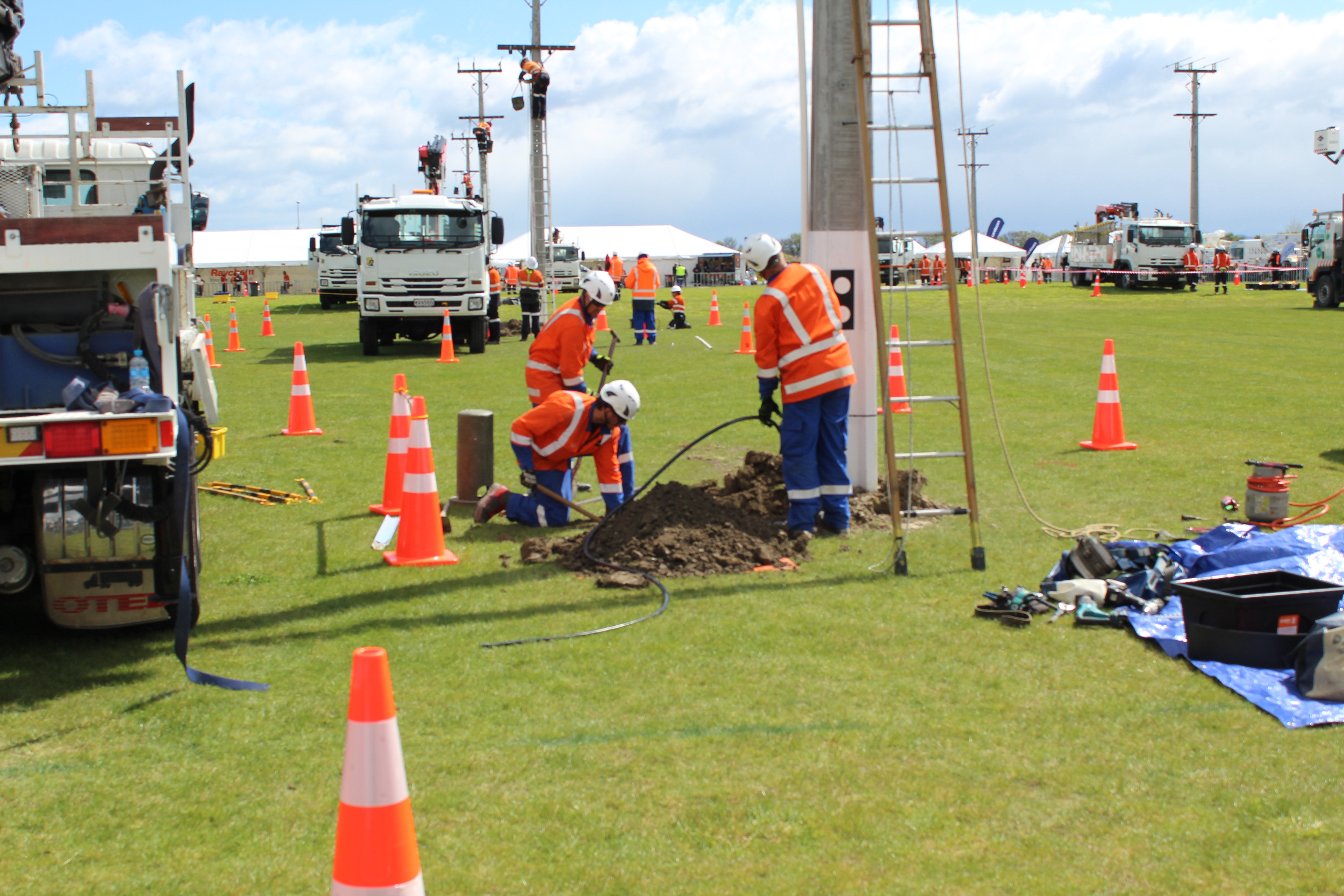 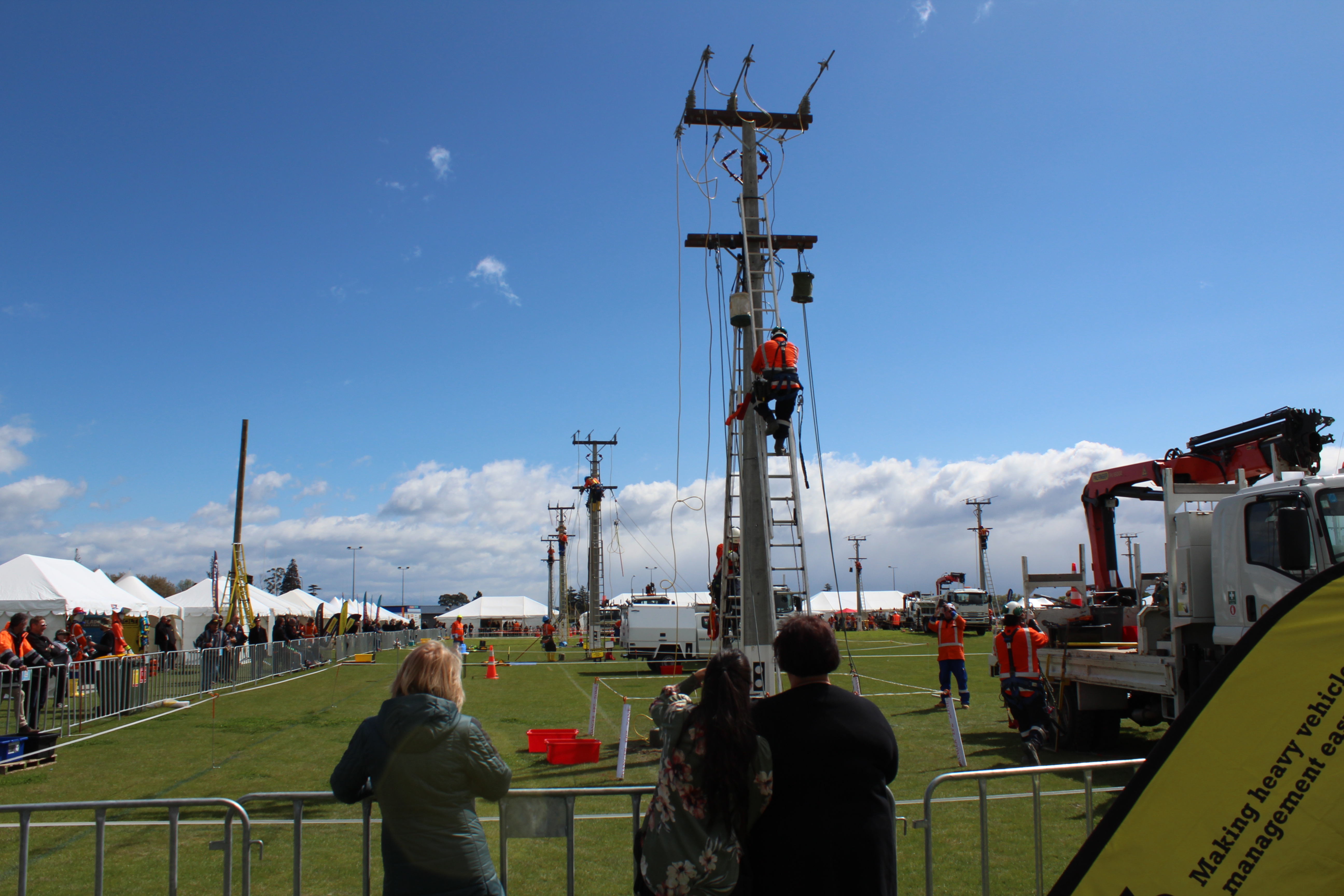