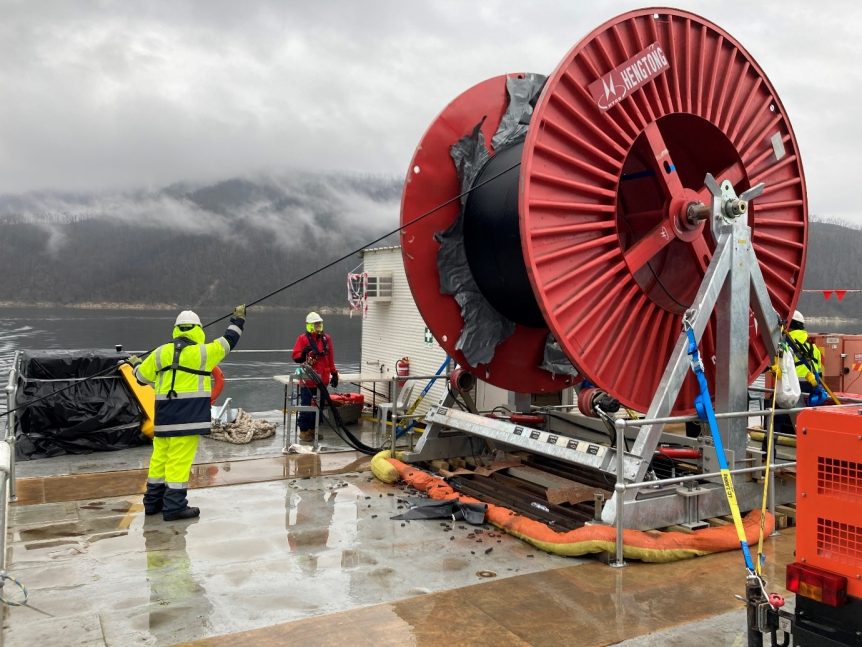 Redmond Gary has supplied McLennans Diving Service with a 30T Drum Stand.  McLennans were responsible for the installation of an underwater fibre optic cable on the Snowy 2.0 project.  This involved surveying the entire route and providing suitable cable protectors in areas around rocks and other protrusions that may cause the fibre optic cable to be damaged.  These enclosures had to be placed around the cable by the McLennans Diving Service team on the lake floor.  The 30T Drum Stand was mounted on a floating barge and the cable route went for 31.5 kilometres under Lake Talbingo between Lobbs Hole and the Tumut 3 Power Station allowing the new power station at Lobbs Hole to communicate with Tumut.

Redmond Gary supplied a standard 30T Drum Stand, we also supplied 2 x Drive Wheels for rim rotators that are used on our 6T Self Loading Cable Drum Trailers.  McLennans Diving Service Engineers adapted these rim drives to the Drum Stand and provided their own hydraulic power pack.  The whole system worked faultlessly and the project was completed on time and on budget.

Snowy 2.0 is the next chapter in the Snow Scheme’s history.  It is a nation-building renewable energy project that will provide on-demand energy and large-scale storage for many generations to come.  The project involves linking two existing dams, Tantangara and Talbino through 27km of tunnels and building a new underground power station.  The first power generated from Snowy 2.0 is expected in early 2025 and it will provide an additional 2,000 megawatts of dispatchable, on-demand generating capacity and approximately 350,000 megawatt hours of large-scale storage to the National Electricity Market (enough energy storage to power three million homes over the course of a week). 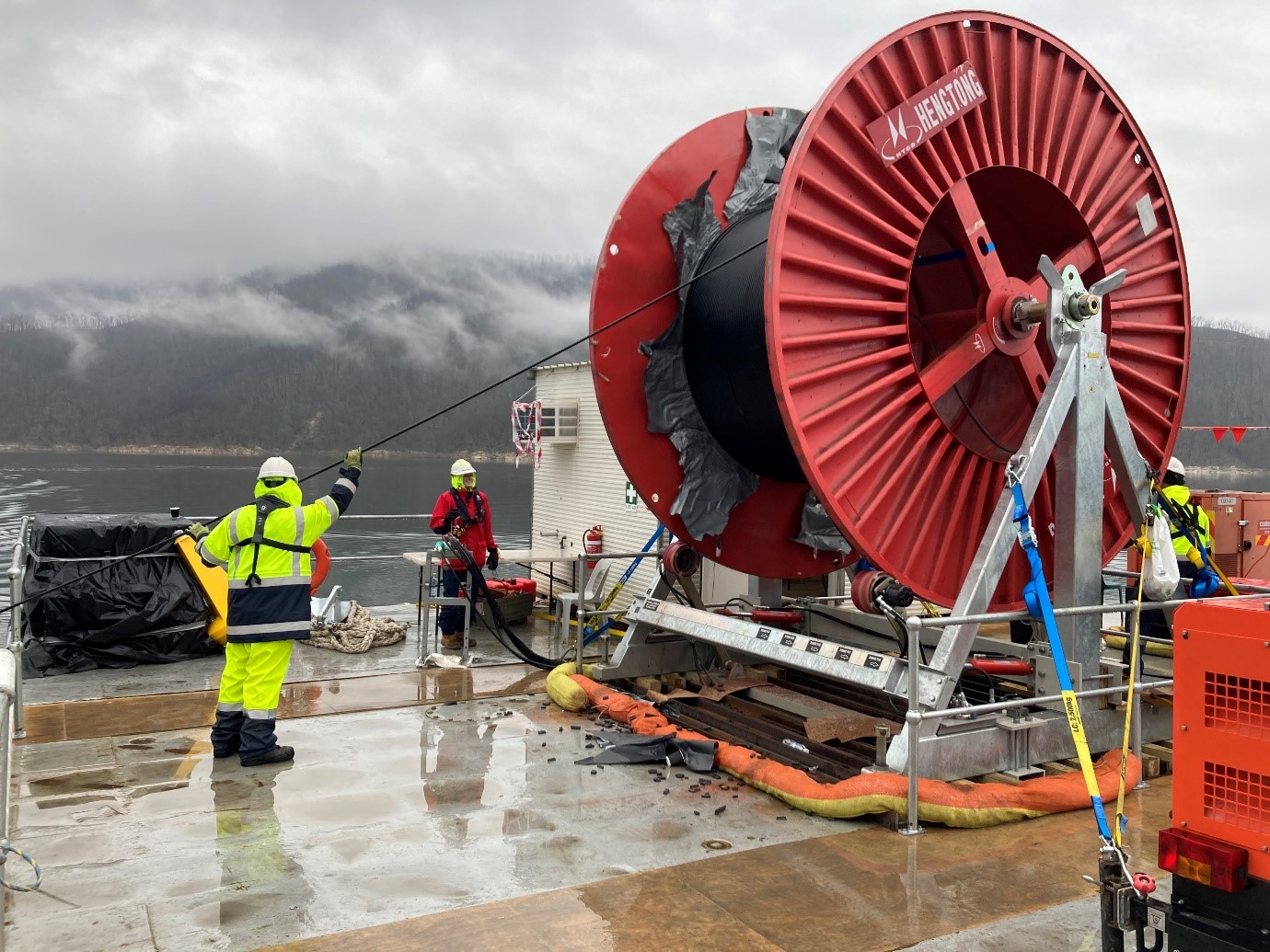 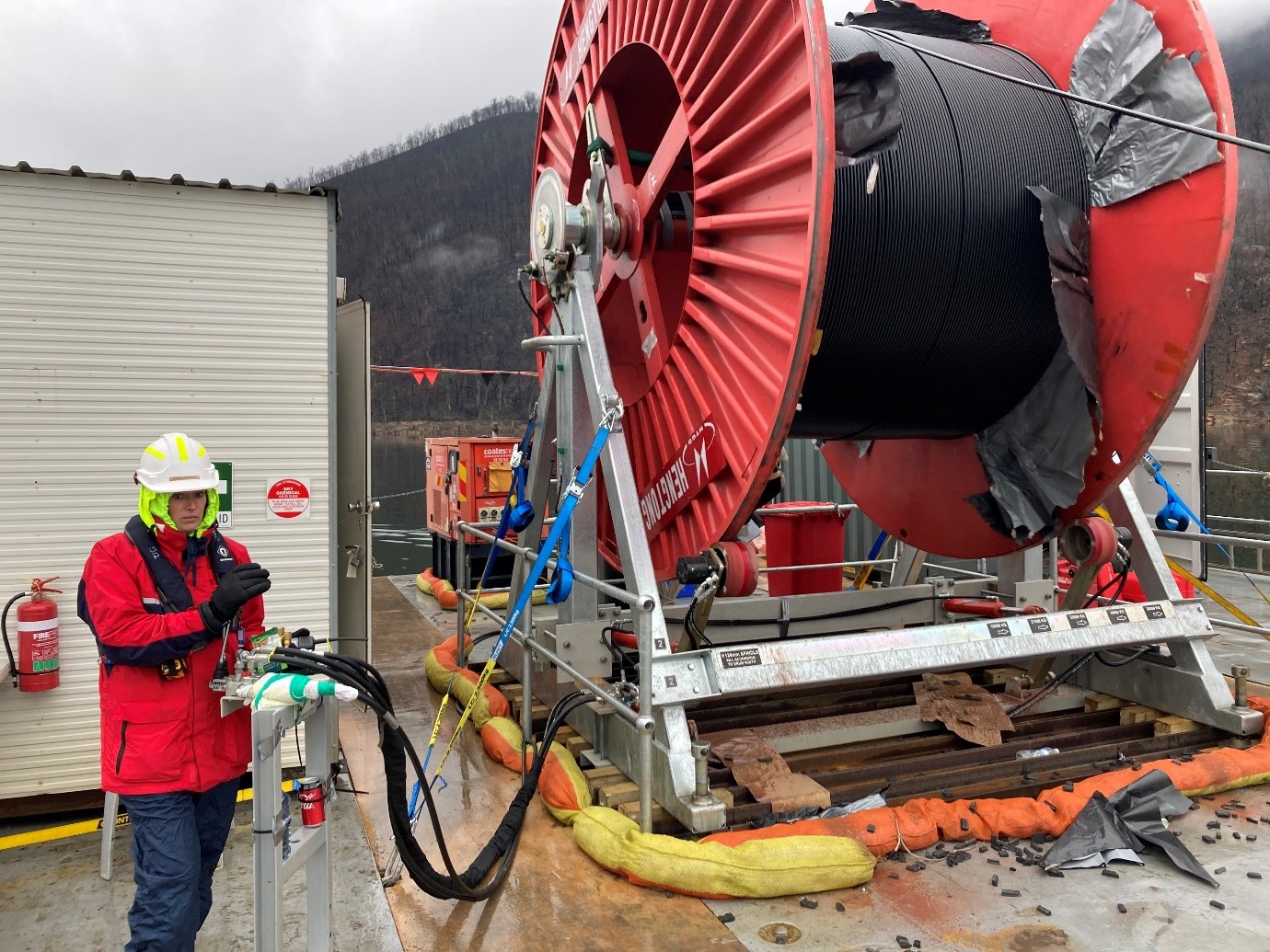 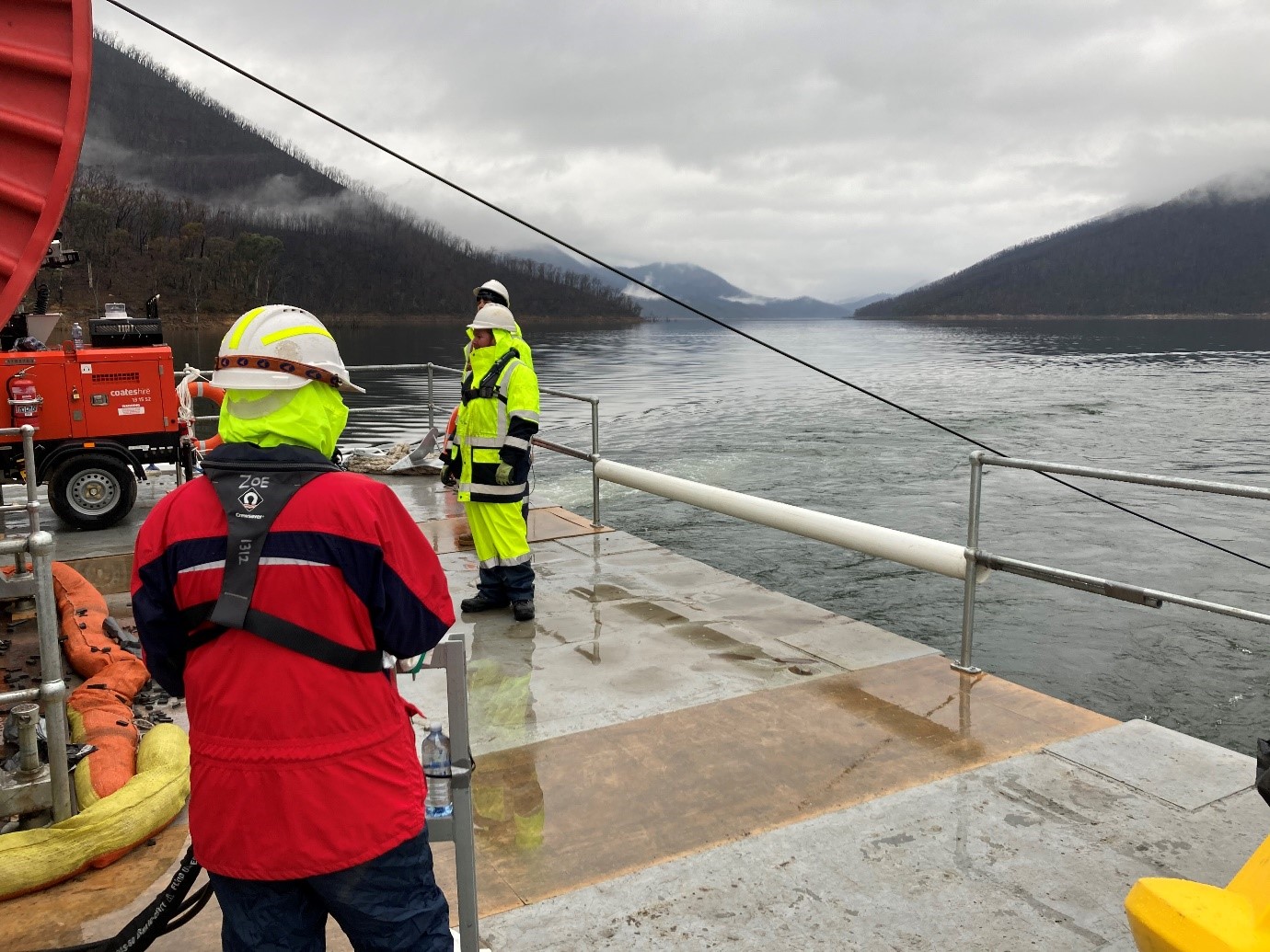 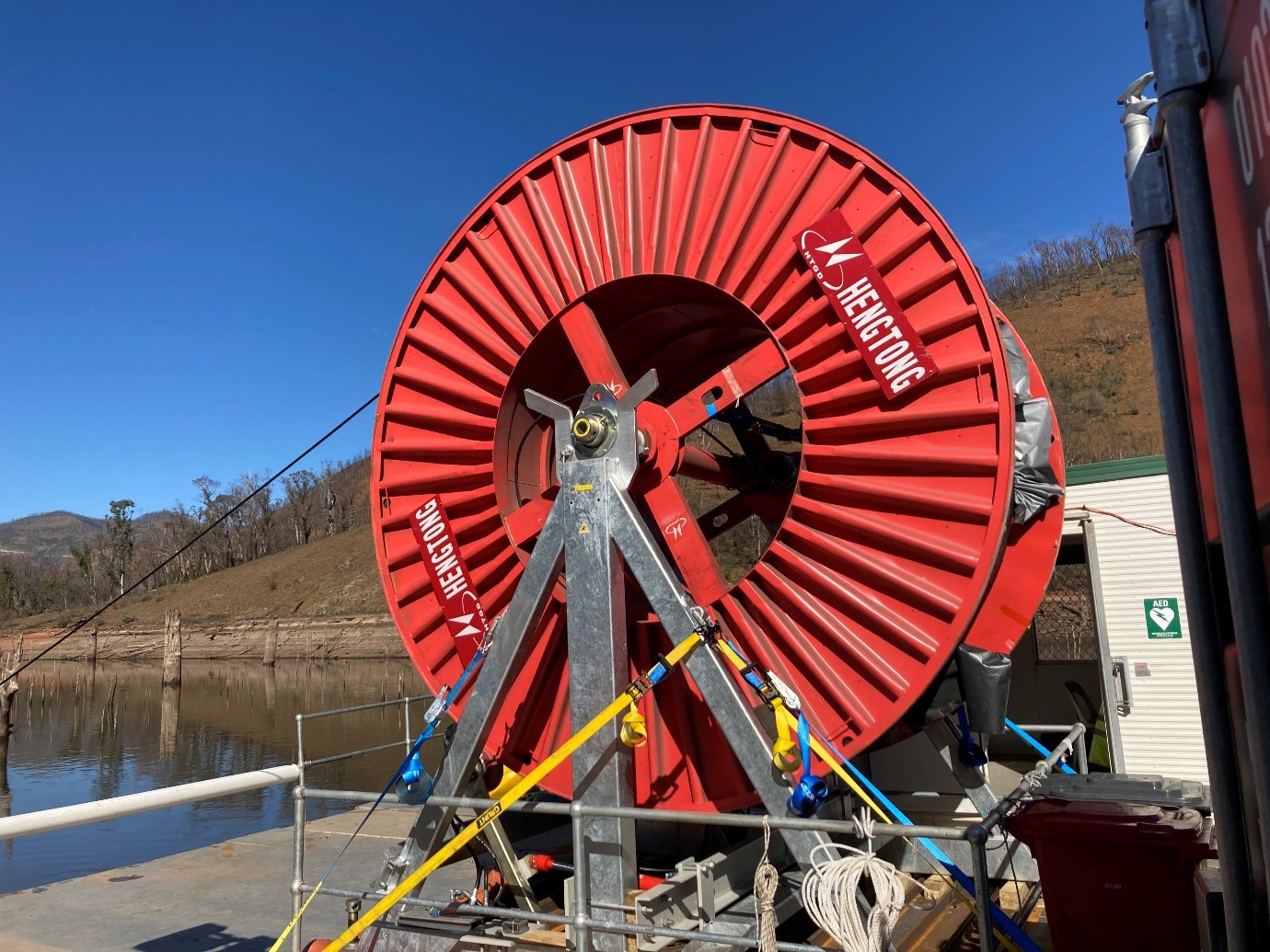