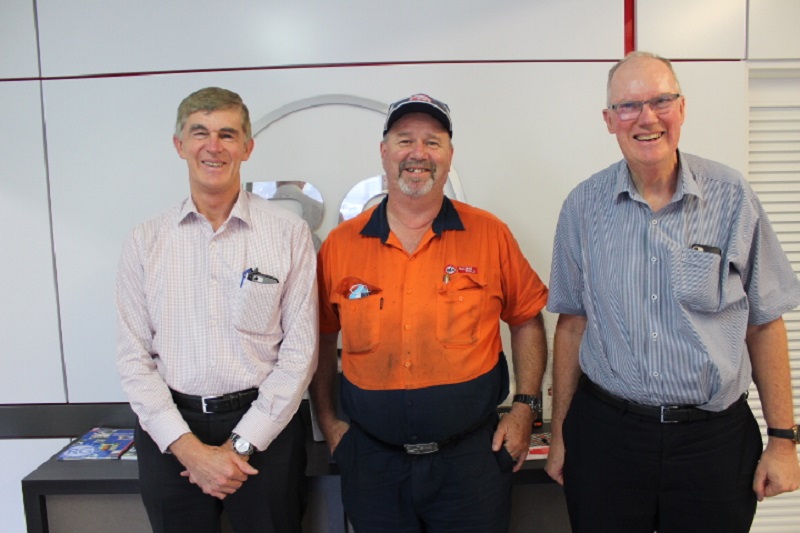 This month, Shayne Orford celebrated his 15-year employment anniversary with Redmond Gary. Shayne is a machine tools fitter and works with RG Machine Tools, a fully owned subsidiary of Redmond Gary Australia. RG Machine Tools was established more than 30 years ago and supplies a wide range of manual and CNC Metal Cutting machine tools to customers throughout Australia and South East Asia. It is also the largest stockist of Ryazan parts and accessories outside of Europe.

Shayne is an extremely valuable member of our staff. He is loyal, honest, hard-working, and highly skilled. He has been involved in the installation and servicing of machine tools from small bench-mounted units to machines weighing more than 60,000kgs. He has also been sent to suppliers overseas for product training. He works closely with Gary Danks (Director) who is responsible for after-sales service and spare parts for both mechanical and electronic systems.

To celebrate the employment milestone, the Directors of Redmond Gary have given Shayne a BOSS watch.