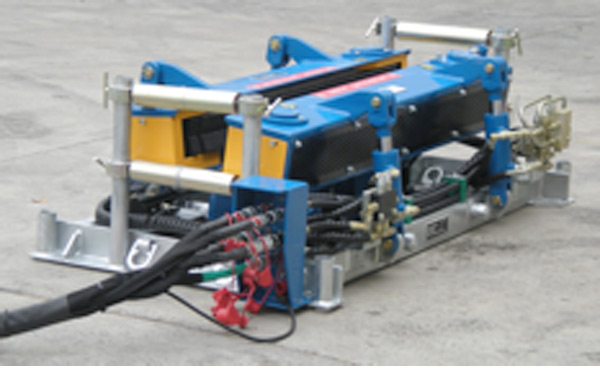 The pushers are radio controlled and can be operated separately or together by one radio control unit. When operating as a pair, they have a specially designed pusher synchronisation system that precisely synchronises the speed of the cable being pushed for both pushers and are operated together with one radio control. Because the job application is to push a cable downhill, in this instance the cable pushers are intended to be used to brake the cable, stopping cable weighing up to 20,000kg from getting away when being installed on a steep decline. These pushers were designed with one third extra overall length to maximise the friction area and the ability to be used for braking as well as controlling the push.

The pushers feature larger turbo charged diesel engines for the power pack and radial piston motors for the drive. The pushers are rated for pushing to capacity of 20kN from a standing start.

The pushers were inspected by the customer at Redmond Gary Australia prior to shipping. 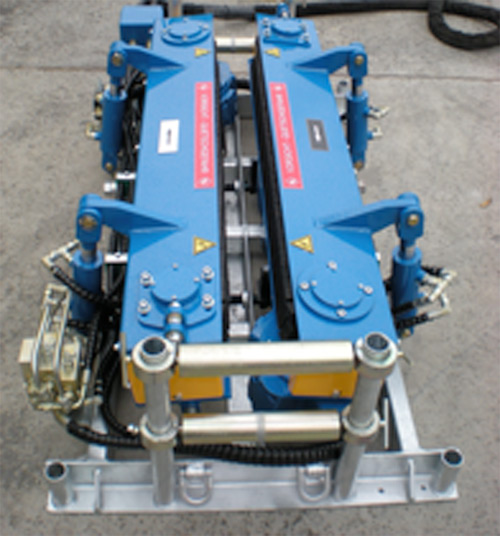 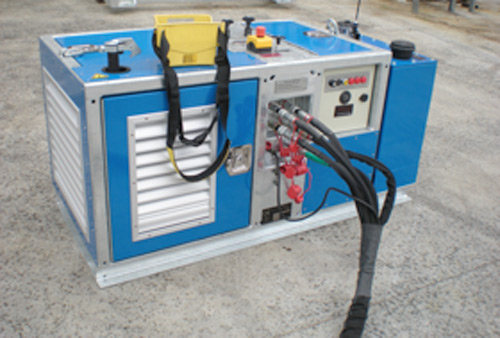