The General Manager of NetCon was looking for a better method of installing new cables and replacing old cables for overhead networks in the Timaru region of New Zealand. After doing some extensive research, he found Redmond Gary Australia practically by accident as a result of discussing his requirements with his staff. Ross Sinclair visited Redmond Gary Australia’s Gold Coast manufacturing facility late last year and within two weeks of his return to New Zealand he received board approval and placed an order for a 10kN 3-Drum winch. The winch was manufactured and delivered in May, 2009.

After the winch had been delivered, Redmond Gary Australia received a very nice email from Mr Sinclair saying how pleased he was with the quality of workmanship and the professional manner in which the project had been handled.

As part of our contract, Redmond Gary Australia provided onsite training for NetCon personnel on the operation, maintenance and risk assessment for this winch. Both practical and competency based training were offered and training certificates issued for all staff who successfully completed the training. The Managing Director of Redmond Gary Australia visited NetCon shortly after the training had been completed and the staff had had a chance to use the winch. NetCon are very happy with the performance of the winch, its robust construction and the general finish of the unit.

NetCon is currently leading the way in New Zealand to improve work practices with emphasis on efficient installation of overhead cable networks and maximising employee safety with the utilization of this type of equipment. Although this equipment has been used in Australia by major electricity authorities and is standard practice to install cables without touching the ground, this has not always been the practice in New Zealand.

The new 3-Drum winch will make NetCon’s operation the most advanced and safest currently utilised in New Zealand. NetCon’s board of directors should be complemented for making the first step to improving safe work practices and at the same time, increasing the efficiency of cable installations. 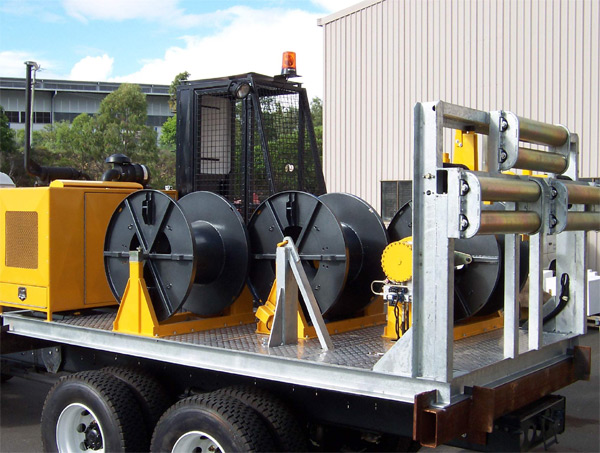 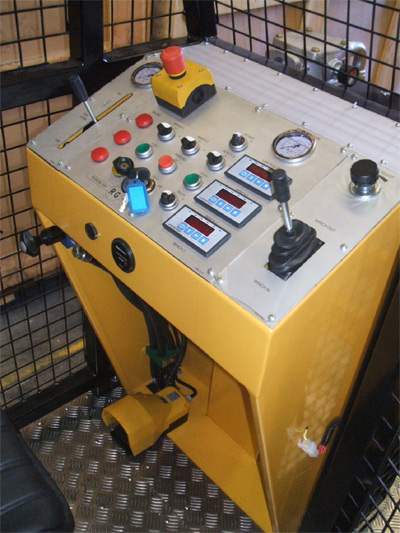